Have you ever thought that this world is too crazy to be real? That possibly you are living a dream, nightmare, or simulation? You are not alone.

In fact, two great thinkers of our times, Alan Watts, and Elon Musk seem to have similar views. They do approach them in two different ways.

Enjoy the ride as we explore different views of the world.

Alan Watts On If You Could Dream Any Dream

“Let’s suppose that you were able every night to dream any dream that you wanted to dream. And that you could, for example, have the power within one night to dream 75 years of time. Or any length of time you wanted to have. And you would, naturally as you began on this adventure of dreams, you would fulfill all your wishes. You would have every kind of pleasure you could conceive. And after several nights of 75 years of total pleasure each, you would say “Well, that was pretty great.” But now let’s have a surprise. Let’s have a dream which isn’t under control. Where something is gonna happen to me that I don’t know what it’s going to be. And you would dig that and come out of that and say “Wow, that was a close shave, wasn’t it?” And then you would get more and more adventurous, and you would make further and further out gambles as to what you would dream. And finally, you would dream … where you are now. You would dream the dream of living the life that you are actually living today.”

Elon Musk Chances We Are Living In Base Reality

Elon Musk believes that we are living in a Matrix-style simulation. His hypothesis comes from our Universe being around for nearly 14 billion years; a time so long that there must have been a civilization that has built a 100% believable simulation.

Once one is able to build realistic simulations the next step is multiverses. You would create reality after reality with slight differences in each for fun.

This is similar to changing the settings on a video game to experience different outcomes. The main difference is you could play multiple games at once.

“The argument for the simulation is quite strong, because … if you assume any rate of improvement at all then games will be indistinguishable from reality, or civilization will end,” said Musk in the video below that starts right before that point.

“One of those two things will occur. Therefore, we are most likely in a simulation, because we exist.”

In 2016 Musk stated the same hypothesis but in a different way. He also included the term ‘base reality’. A base reality is the first, original time that it occurred. Everything after it is a simulation.

“Given that we’re clearly on a trajectory to have games that are indistinguishable from reality, and those games could be played on any set-top box or on a PC or whatever, and there would probably be billions of such computers or set-top boxes, it would seem to follow that the odds that we’re in base reality is one in billions.”

One twitter user pointed to his own reasoning as to why we are living in a simulation:

A SoundCloud rapper becoming the warlord in an Antifa insurgency-controlled autonomous zone in Seattle is proof we live in a simulation. pic.twitter.com/E15y65kj7K

A non-player character (NPC) is any character in a game not controlled by a player. They are common in video games, resulting in characters controlled by the computer through algorithmic, predetermined or responsive behavior.

While some games use machine learning, most NPCs are not necessarily true artificial intelligence and none are sentient thinkers.

Due to the seemingly mindless, repetitive actions of many in our society there are some people who believe there are real life NPCs. This has led others to become extremely upset over this idea.

Twitter went so far as to ban people with NPC avatars: 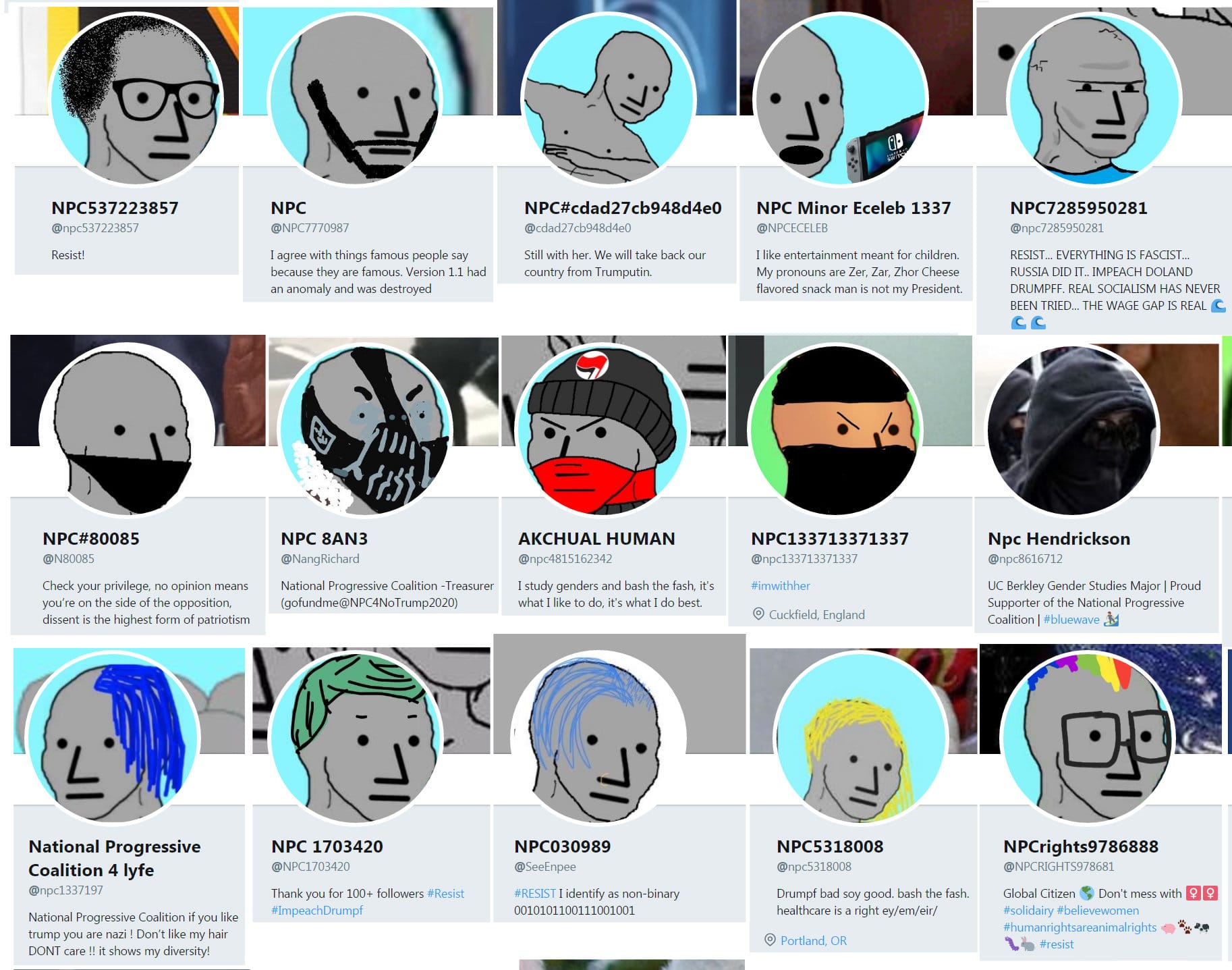 As with most things these days, politics became involved. Some claim that the term NPC is used in right versus left politics. That might be the case in some scenarios, but the vast majority of people simply find it to be a funny meme that is part of modern culture. 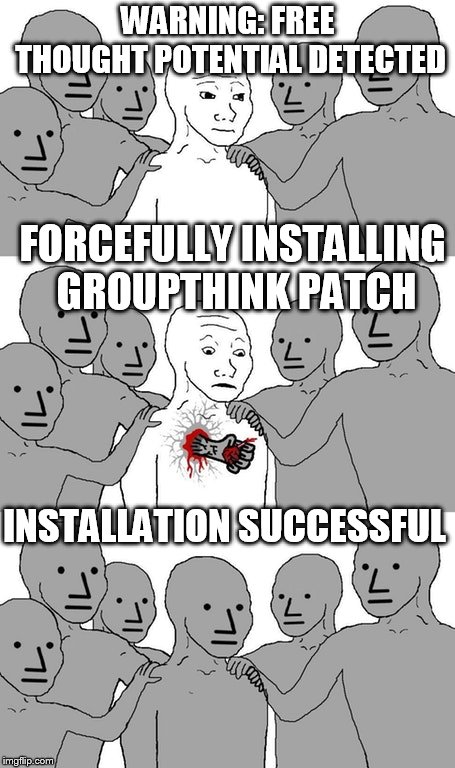 Different Types Of Inner Voices Or Lack Of

Most people assume that they logically think in their heads the same way as everyone else does. Of course everyone has their own opinions and thoughts, but the way they think is most likely the same.

You pull information in, think about it with an inner voice, and make decisions. Well, it turns out that this is the normal way for most people, but there are many that do not follow this process.

Some people have one inner voice, others have multiple, some can only think in words, and the unfortunate ones have no inner voice or monologue. In January of 2020 a tweet went viral, causing of massive thread over the topic of whether or not people have internal monologues.

Fun fact: some people have an internal narrative and some don't

As in, some people's thoughts are like sentences they "hear", and some people just have abstract non-verbal thoughts, and have to consciously verbalize them

And most people aren't aware of the other type of person

I'm sitting here trying to imagine what hearing your own voice in your head constantly narrating your every waking moment feels like and I'm so fucking glad my mind doesn't do this. https://t.co/uh4xHXBFe8

So not everyone has a voice inside their head that never, ever shuts up? My internal narrative and I find this almost impossible to comprehend. https://t.co/pRk4VaQGM1

This thread is fascinating and blowing my mind.

I can think in fully formed sentences if I need to, but the idea many of you have constant, never-ending, Virginia Woolf-esque trains of thought—properly expressed in language—is incredible. https://t.co/D1mxNYladc

This is so wild to me I can't imagine thinking in actual sentences and hearing an internal monologue. People really think in sentences???? https://t.co/McreMtBK5a

I have polyphonic internal narration. Everything I do in a day is processed through *several* different internal voices (all me) talking to one another in a conversation. If disgraces, sometimes I accidentally speak aloud the ongoing dialogue.

“The illusion of freedom will continue as long as it’s profitable to continue the illusion. At the point where the illusion becomes too expensive to maintain, they will just take down the scenery, they will pull back the curtains, they will move the tables and chairs out of the way and you will see the brick wall at the back of the theater.” – Frank Zappa